Hot summer nights. No air conditioning. How did we ever stay cool? When my dad came home from work he would take off his cap and say, “Let’s go to the drive in movies” Yeh!

My mother would make popcorn in a huge pot, add some melted margarine and toss with salt. She would put the popcorn in a large brown paper bag that got all greasy from the margarine. The entire kitchen smelled of more great things to come. If we were real good, she would hide some long lasting candy like JuJu Bees in her purse to give us after the popcorn was gone. Sometimes she made beerwurst sandwiches on crusty Italian bread with ketchup. Anything to keep us quiet. We would pack along our most favorite pillows and blankets to be comfortable and just in case we couldn’t stay awake any longer and drifted asleep.

Then we would wait until the sun was beginning to set and drive to the Drive In. Oh the excitement!

My parents never dreamed of hiring baby sitters for my sister, me and my brother. It would cost too much money. So why pay for a kid that will be sleeping during the show? As we neared the admission booths, my dad would tell my little brother to lie down on the back seat floor and my mother would cover him with a blanket to hide him. When we got to the teller, my dad would say “Four please” and hope that they did not notice that big lump on the back seat floor.
More people than us must have had this same idea. As soon as other cars passed the admission booth, cars would stop, pull over, and pop the trunk. Kids of all ages would jump out and run back inside the car. It was so much fun to watch!

Now to find the best seat in the house. My dad had to find a parking spot that was close to the bathrooms and had a good view of the screen. He would roll down his window and place the speaker on the glass and make certain it worked and the volume was loud. It had to be louder than us. That was our sound system.
Sometimes the people in front of you would climb up onto the roof and watch the movie from there. That would make my dad mad because now we could not see the movie at all. Then a whole lot of honking started.

During intermission, we would run to the bathroom. There were lots of kids that would already be in their pajamas. Even though most of the food my mother brought was already eaten, no matter how much we said “Pretty please” we never got any of the expensive snacks from the candy counter.
There was a count down to tell you that the movie was about to begin and you would make a dash to the car. However, it was dark and none of the cars looked like ours. I would get scared. Thank God my mother was a great lookout and would wave and yell for us to see her. Want more?   Then take a trip down memory lane. 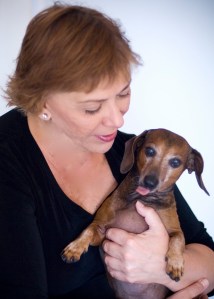 Be Informed, Get Involved

Don't miss Forward Chicago's newsletter, delivered straight to your in-box twice a month. SIGN ME UP >